The life story of Franc Guzej, who became the Outlaw Guzaj

The famous folk hero Franc Guzaj (1839-1880) was born to a poor peasant family in Sv. Primož pri Šentjurju on 12 November 1839. He left his considerable mark on the greater Kozjansko region, then imperial Lower Styria (Slovenska Štajerska), and filled it with fear some 150 years ago with his unique feats of banditry and tricks. At that time, the simple people of predominantly rural origin lived a difficult and modest life. Industry was barely in its infancy, while justice was in the hands of the Austro-Hungarian Empire and its agents: counts, landowners, and civil servants. Simple people were forced to toil just to survive. 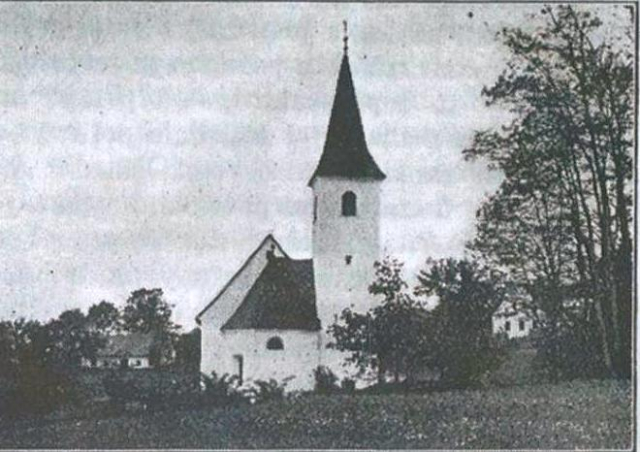 Franc forced to work for a living

The fate of those difficult times was also the fate of Franc who, despite the talent he demonstrated in primary school, quickly found himself having to work for a living. His superior fighting abilities were on display while he served in the military in Bosnia and Herzegovina. Later in Dalmatia, he was trained as a member of the gendarmerie, but service so far from his hometown of Šentjur did not suit Franc. When he returned, he began searching for a suitable job close to home, but was unable to find one. So he took a temporary job as a farm hand on a wealthy farm and at a well-known tavern in Dobrna, where spa tourism was already blossoming.

Franc was very handy and resourceful in his farm and tavern duties. He was also a kind, handsome, and strapping young man who, using his charm, enthralled the landlady and tavern keeper, Ana Klančar. She was sure she could use her influence and female charm to win over the young man from Kozjansko, but Franc rejected her and made up his mind to leave. The landlady was offended and, realising her golden boy was going to escape her grip, made a fatal mistake, which later cost the woman her life.

The honest Francelj was about to say goodbye to Dobrna, when the enraged landlady and the men of the Celje gendarmerie appeared suddenly as he was unsuspectingly packing his suitcases. They quickly inspected his packed suitcases and found silverware and 3,000 ducats hidden on the bottom. The theft was naturally a set-up, and a successful one, too: Franc Guzej from Šentjur was found guilty of theft and sentenced to seven years by the court in Celje. He was sent to the Stari pisker prison in Celje to serve his time. The injustice affected Franc Guzaj deeply, awakening in him the desire for revenge, which led to his untimely death.

As a former member of the gendarmerie, Guzaj was entrusted to be a court recorder, as one of few people who knew how to read and write. His work gave him a great deal of freedom, and one day, driven by the great injustice against him, Guzaj grabbed the opportunity and escaped from the Celje prison to his military friend Drobne, who owned a tavern in Košnica near Prevorje in the Kozjansko region. His escape marked the beginning of the extraordinary story of an outlaw – the story of the infamous Outlaw Guzaj.

Guzaj’s life as an outlaw 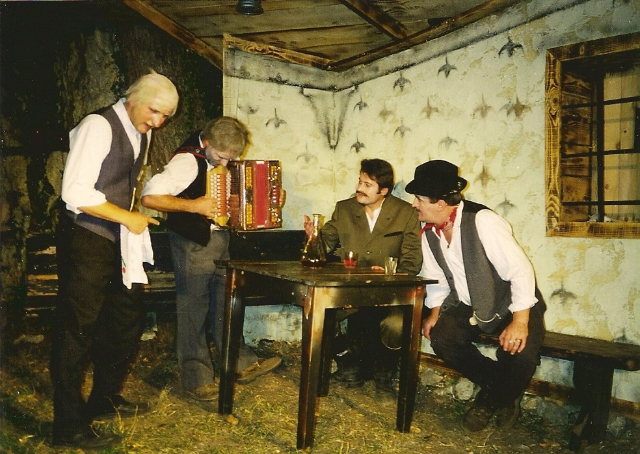 Guzaj found men of similar mind with whom he formed his band of outlaws and with them began to plunder everything within his reach. He staged incredibly imaginative burglaries, targeting fairs, castles and rectories. He laid traps for the gendarmerie in public places, and mocked them into shame and despair. Using ingenious, clever and above all daring tactics, he robbed lords, priests and merchants, always sharing his bounty with the poor. Guzaj’s wave of plundering and robbery stretched across the Lower Styria region, and all the way to Croatia. The gendarmerie chased the clever Outlaw from Krško to Vienna, but he skilfully eluded them. The resourceful and bold Guzaj roamed the greater Kozjansko region for more than five years, successfully hiding from the gendarmerie, the wealthy and bounty hunters. During this time, he also got his revenge against his former landlady, Ana Klančar from Dobrna, who falsely accused him of theft because he had rejected her love. 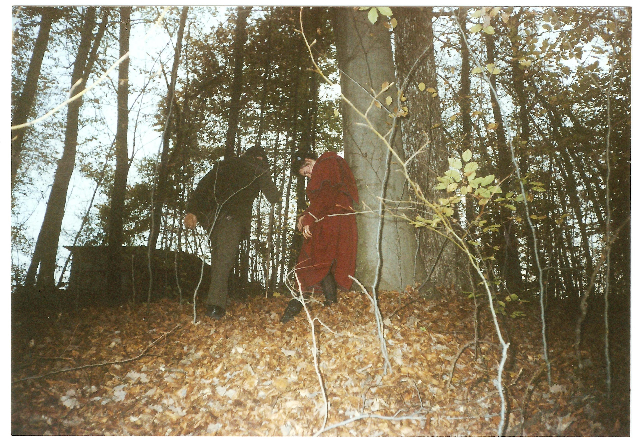 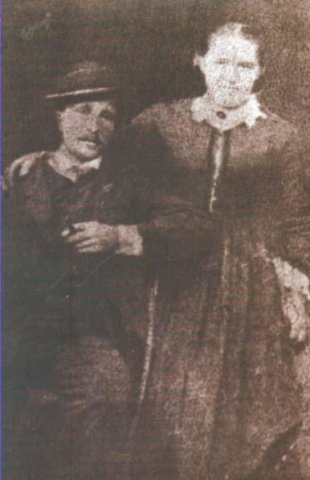 Young Franc’s rejection of Klančarica’s love should not be taken as a sign that he didn’t radiate the need and desire for love and the warmth of a woman. On the contrary, he found true love in a valley among the hills of Kozjansko, on the banks of the Bistrica River, in the arms of the beautiful miller’s daughter, Barbka Amon. She loved him from the heart, despite the fact that she soon learned the truth about her Franc. Together, they planned their escape to America. But they were too late; Guzaj was struck down by a bullet guided by fate.

Guzaj was tracked down and killed by the gendarmerie in Košnica, in the very place he had found refuge on the fateful day when he escaped from prison in Celje.

On that day, he was at his friend Drobne’s again, but was lost in thoughts about America, where he planned to escape with the love of his life, Barbka Amon. After several shocking robberies, the gendarmerie had begun an organised search for the Outlaw, on whose head a 300 ducat bounty had been placed.

The men of the gendarmerie were in place, from Slivnica to Glažuta, to Prevorje and Žegar, to Šentvid pri Planini and Dobje. The trap was set, and everyone was waiting to capture Guzaj. Grizold and Stres of the gendarmerie learned somewhere that Guzaj was supposed to be hiding at the tavern keeper Drobne’s in Košnica. And it was true. The men snuck to Drobne’s and watched Guzaj as he played cards with his friends under a pear tree. Someone spotted the hidden gendarmerie and warned the group, but it was too late. Two escaped into the forest, while one hid in the basement, where he held out long and even fired on the gendarmerie through a crack. He tried to dig several stones from the basement wall and escape through the whole, but he was trapped. He couldn’t confound the gendarmerie, not with the package he through at them, nor by shooting at them through the crack. He decided that the time had come to put it all on the line. He opened the door and began to shoot, but the return fire was too quick, and he cried out his last words, “Now, I am finished, you cursed scoundrels.”

As coroner, Dr Ipavec from Šentjur confirmed that the man who had been shot was indeed the Outlaw Guzaj from Kozjansko. The doctor added, “Your life was sad, but even sadder is your death. You have paid your debt, and shall have peace, as shall we.”

Thus was the extraordinary fate of the Outlaw Guzaj. He was buried unceremoniously on unholy ground outside the cemetery of the Church of St. Anne’s in Prevorje. The funeral was attended by no one except the gravedigger and a few workers. His acquaintances and family dared not attend, in fear that they would be accused of being Guzaj’s accomplices. For a long time, his grave was seldom visited, although fresh flowers could always be found adorning Guzaj’s resting place. The people assumed the flowers were brought by his beloved Barbka.

The exciting life and stories about the Outlaw Guzaj are the adventures of a real person, who in time became a part of the local folklore. The people were fond of recalling Guzaj and telling stories of his adventures. Memories of Guzaj have been preserved until this day. There are countless legends about the Outlaw Guzaj. The common thread of each story is that he was cunning and merciless to his enemies and the wealthy, but kind to the poor. Many of the legends about Guzaj remind us of similar legends about Robin Hood, who also stole from the rich and gave to the poor.